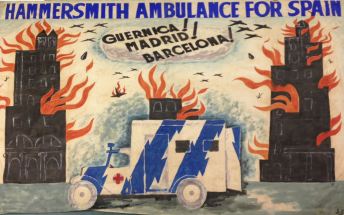 Day 2 & 3: Saturday 3 and Sunday 4 June – this weekend take your pick from some incredible exhibitions: 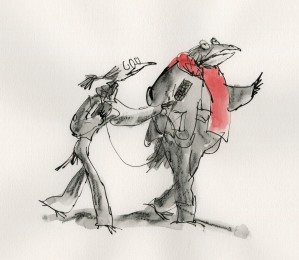 On Saturday or Sunday – The Life of Birds – until Sunday 1 October 2017, open Tuesday–Sunday 10am–6pm (Closed Monday) at House of Illustration “I have always liked drawing birds. I can’t quite explain why but it may be because like us, they are on two legs and have expressive gestures. In ‘The Life of Birds’ they appear as humans or perhaps humans appear as them. It’s a way of commenting on the people we see around us without actually drawing individuals.” This exhibition brings together Quentin Blake’s expressive drawings for his book ‘The Life of Birds’ with several new illustrations produced specially for the occasion. 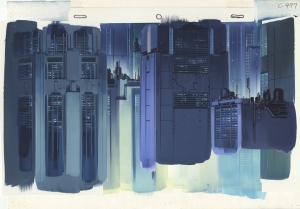 Anime Architecture: Backgrounds of Japan  until 10 September 2017 at House of Illustration An exhibition of hand-painted backgrounds from sci-fi anime films including ‘Ghost in the Shell’. Inspired by Asia’s emerging megacities, Production I.G designed fictional worlds that reflected the real story of ruthless urban development. Never seen in the UK before, their exquisite film backgrounds are a combination of painterly skill and exacting mechanical logic.

All Change is the Creative Producer for Islington's annual WORD Festival. All Change brings artists and communities together to transform lives. We produce original and authentic arts experiences which make connections between people. Based in north London since 1985.
View all posts by All Change →
This entry was posted in Uncategorized. Bookmark the permalink.

This site uses Akismet to reduce spam. Learn how your comment data is processed.